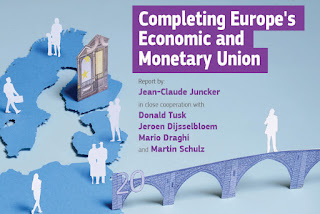 The 2015 Greek episode was a clear demonstration of the limits of the Euro System, and showed how the current economical design of the EU cannot guarantee the proper development of the peripheral member countries.
The EU has developed fragile, tangled and twisted economic instruments, and they are not adequate for the job. The Fiscal Policy and the Spending Policy are not strong enough. The European Semester coordinates national macroeconomic policy management, focusing on the public deficit and debt control, the fiscal consolidation. The European Semester has tried, largely unsuccessfully, to make each country follow its problematic guidelines, regardless of any entailing social injustice and inefficient economic outcomes. Some countries, mainly the richer ones, have tacitly refused to follow the guidelines, while other peripheral countries are economically unable to follow the guidelines.
There is a serious investment crisis in Europe. We have only a small budget for investment. The contributions from member countries are at present inadequate. In addition, when taking into account the differing personal economic income averages by country, we find the contributions are highly uneven, with some wealthy members contributing less that they should. Moreover, the total national contributions from all countries accounts for only 1% of EU GDP. This, coupled with a weak and problematic investment plan, Plan Juncker, is not nearly enough to deal with the present economic and financial crisis.
The EU is also unable to address the problems of disparity arising from the increasing concentration of power, income, and wealth within the core regions and elites, and the continuing loss of economic power within the peripheries and working classes.
Thus far, the EU´s most powerful instrument has been the monetary policy deployed by the ECB. However, beyond the problematic ECB design and the applied financial orientation, the monetary policy has gone too far. In addition, ECB policy is presently also unable to foster investments and ineffective in preventing clear deflation trends[1]. Macroeconomic evolution has been caught up and stifled in the web of the liquidity trap. We can see how the Quantitative Easing programme has been taken to an unreasonable extreme. This particular kind of expansive monetary policy, which serves the private banking sector interests, has shown itself to be unable to provide financing or credit to the productive sector in such a way to trigger sufficient and balanced development.